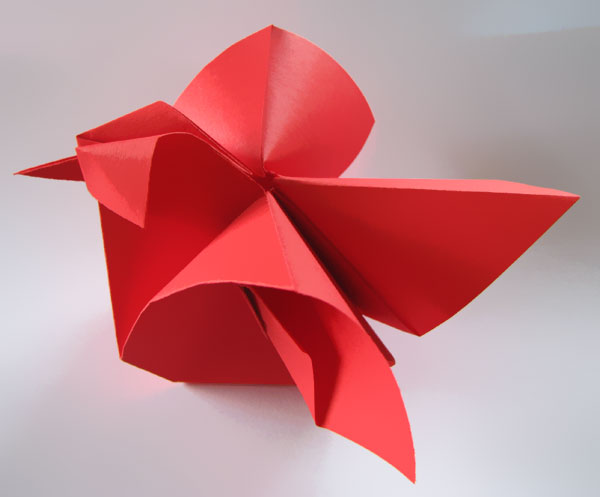 Remember the owl. Her I made a flat foot for Simon's owl so it could stand by itself and got a more 3D body. I did that by making a flat sink in the bottom.

The technique is not new known e.g. from the spruce. But Simon caught it in the air and made a whole series of belly biff birds. With the birds the technique is called "belly bif" because it corresponds to giving the bird a "bif" in the stomach.

The owl is made from the waterbomb base. The square base may also be used as seen in the other two birds seagull (or mandarin) and hen (or song thrush). Well, the ornithologists still vote on the species. That does not change that the technique produces unusually lovely birds.

The belly biff birds can be made in uni-colour paper or in duo-paper. I prefer that head and wings get the less patterned and more contrastive part. Compare e.g. the two seagulls folded in the same paper. Obviously the head shape and the clear-cut wings appear better with less pattern interference. The contrast effect is really clear with the gorgeous blue and red version.

The roomy shape also means you can put stuff inside. In particular the open versions like the seagull are useful for that. What about Easter eggs? 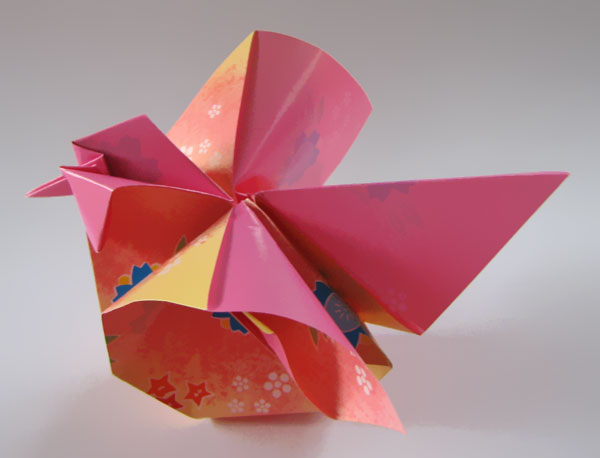 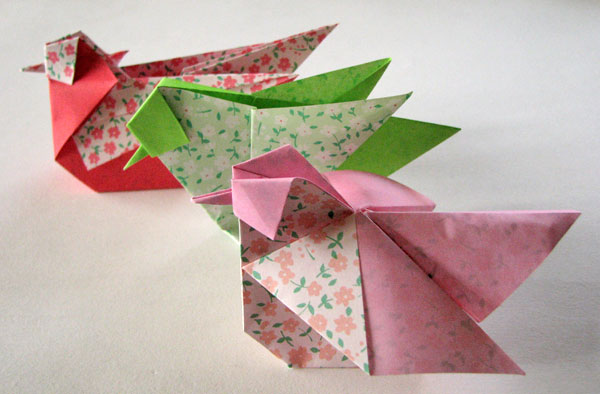 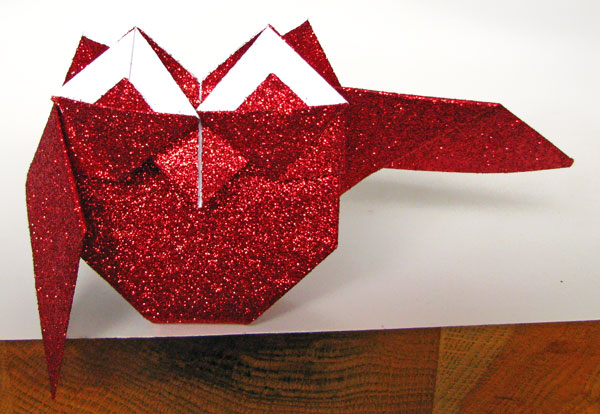 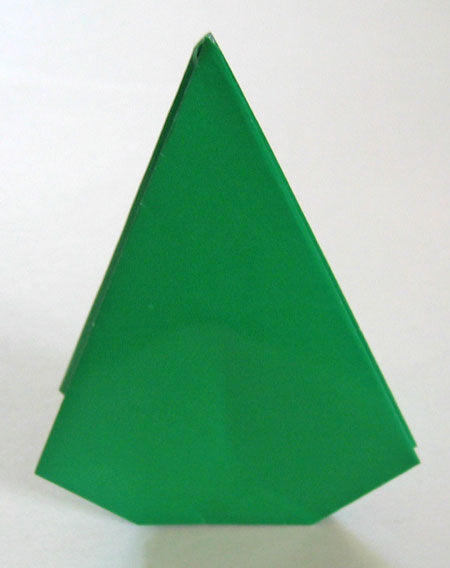 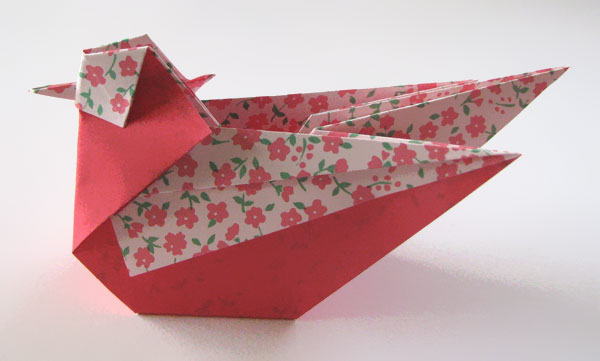 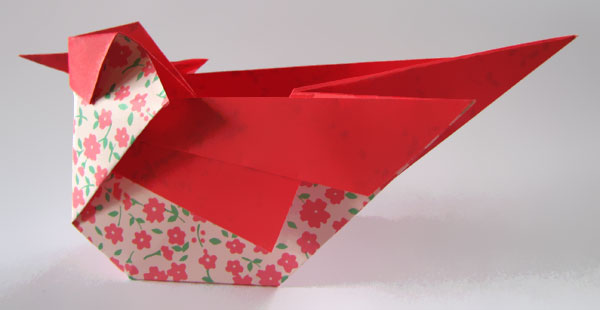 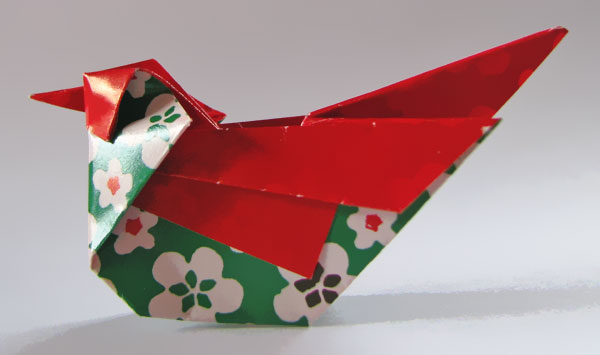